Today is exactly 1 month until the release of A court of Wings and Ruin. To say I’m excited would be a huge understatement. I’ve even gone to the extreme length of taking the day off work so I can dedicate the entire day to reading it!

I first stumbled upon this series back in July when my facebook page suddenly blew up with posts about A Court of Thorns and Roses and since then I have been hooked! I have to admit as well as being overwhelmingly excited I’m also nervous and a little bit sad that the series is coming to an end, well as far as we know. There are more books planned around the world of Prythian so it may not be the last we of Fayre and the gang!

back to the new book let’s take a look at  some of the teaser quotes that have been released:

“ My goal was bigger than revenge. My purpose greater than personal retribution”

“I repeated their names silently, over and over into the darkness. Rhysand. Mor. Cassian. Amren. Azriel. Elain. Nesta”

Are they trying to kill us!? I mean come on. Also this just a small selection of the quotes they have released! 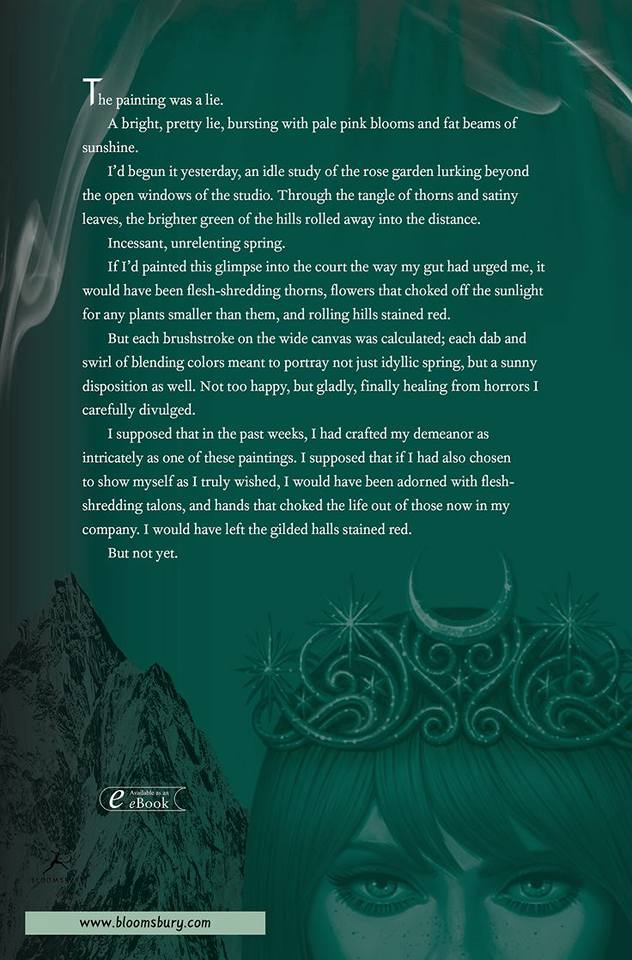 and of course blurb:

Looming war threatens all Feyre holds dear in the third volume of the #1 New York Times bestselling A Court of Thorns and Roses series.

Feyre has returned to the Spring Court, determined to gather information on Tamlin’s maneuverings and the invading king threatening to bring Prythian to its knees. But to do so she must play a deadly game of deceit-and one slip may spell doom not only for Feyre, but for her world as well.

As war bears down upon them all, Feyre must decide who to trust amongst the dazzling and lethal High Lords-and hunt for allies in unexpected places.

In this thrilling third book in the #1 New York Times bestselling series from Sarah J. Maas, the earth will be painted red as mighty armies grapple for power over the one thing that could destroy them all.

Argh!!! It’s all just too exciting! In preparation for release, I’m planning a re-read of Court of Thorns and Roses and A Court of Mist and Fury so stay tuned for those reviews.

If you haven’t pre-order your copy yet here are the links to do so:

☆꧁Monthly Wrap Up꧂☆
COVER REVEAL
A steamy, female-centered dramedy series, Sex/Life, is coming to Netflix June 25th, and we cannot get enough of the hot new trailer!
📚 Quotable Tuesday 📚
🎪 CURRENTLY READING 🎪
📝Book Review 📝
He’s a real-life, blue-eyed, tough-as-nails, thirtysomething cowboy who is so darn strong he looks like he could lift a car just for the heck of it.
Bestselling Author Kandi Steiner delivers a breathtaking, poignant romance and unforgettable adventure about two strangers and the road trip that will change both of their lives forever.
📚 Quotable Tuesday 📚