No last names. No life stories. Those were the rules.

Once upon a time a cocky, copper-haired tourist sauntered into Zara’s bar. And even though she knew better, Zara indulged in a cure for the small-town blues. It was supposed to be an uncomplicated fling—a few sizzling weeks before he went back to his life, and she moved on.

Until an accidental pregnancy changed her life.

Two years later, she’s made peace with the notion that Dave No-Last-Name will never be found. Until one summer day when he walks into her coffee shop, leveling her with the same hot smile that always renders her defenseless.

Dave Beringer has never forgotten the intense month he spent with prickly Zara. Their nights together were the first true intimacy he’d ever experienced. But the discovery of his child is the shock of a lifetime, and his ugly past puts relationships and family out of reach.

Or does it? Vermont’s countryside has a way of nurturing even tortured souls. The fields and the orchards—and hard won love—are Bountiful.

I received an advanced copy of this book from the author in exchange for an honest review.

I usually avoid books with the accidental pregnancy/pregnancy storylines because in general, I’m not really interested in pregnancy and kids, but as this, by Sarina Bowen, I made an exception.

Dave meets Zara in a bar during his summer vacation. They have a brief and intense liaison. Dave goes back home and Zara discovers she is pregnant. Zara tries to track Dave down but to no avail and concludes that she will never see him again and concentrates on running her business and bring her daughter up.. Fast forward 2 years and Dave is back in town and hasn’t forgotten Zara, after walking into Zara’s coffee shop the first thing she tells him is that they have a daughter together.

I really enjoyed this story, I was really rooting for Dave the whole time and hoped that he would step up and be a father. I liked Zara’s fire, she was strong and independent and gave Dave a way out, which was pretty brave when all she wanted was him to be with her and Nicole.

The journey that characters went on was intense. I felt the love they had for one another to true and I liked that there was no insta love or that they felt the need to be together just because they had a kid together. They just genuinely loved each other and in doing so had learned how to make life work for them.

This story is told in the first person from both the perspectives of Zara and Dave. I should also point out that I haven’t read the 3 books before this one but it didn’t feel like that I would have needed to.

I really liked this one, even though the main theme isn’t something I would normally read. I would definitely recommend it.

Sarina Bowen is the USA Today bestselling author of steamy, angsty Contemporary Romance and New Adult fiction. She lives in the wilds of New England.

She is the author of The Ivy Years, an award-winning series set amid the hockey team at an elite Connecticut college. Also, the The Gravity series.

With Elle Kennedy, Sarina is the author of the RITA award winning HIM, and its sequel, US, as well as the WAGs novels.

Sarina enjoys skiing, espresso drinks and the occasional margarita. She lives with her family, eight chickens and more ski gear and hockey equipment than seems necessary.

BOUNTIFUL IS OUT ON THE 20TH OCTOBER 2017, YOU CAN PREORDER YOUR COPY HERE: 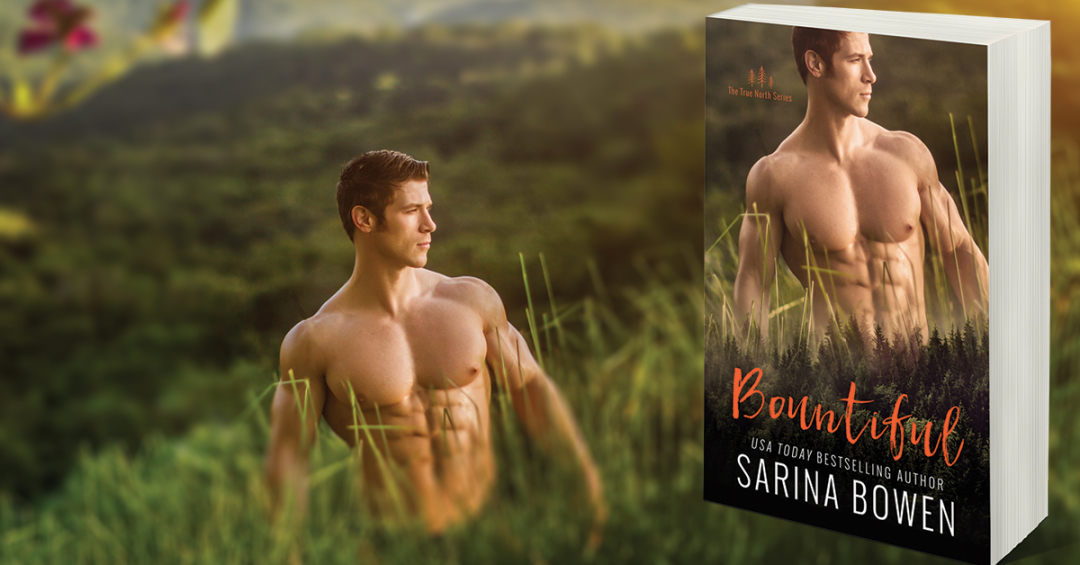