The King must have his Queen….

Bestowed the forbidden Summer’s Kiss by the King of the Summer fae, Brighton Jussier is no longer just human. What she is, what she will become, no one knows for sure, but that isn’t her biggest concern at the moment. Now Caden, the King, refuses to let her go, even at the cost of his Court. When the doorway to the Otherworld is breached, both Brighton and Caden must do the unthinkable—not just to survive themselves, but also to save mankind from the evil that threatens the world.

**Every 1001 Dark Nights novella is a standalone story. For new readers, it’s an introduction to an author’s world. And for fans, it’s a bonus book in the author’s series. We hope you’ll enjoy each one as much as we do.**

Aggh this book was everything… it finished of the story so well!!

Brighton is still processing the fact she is pregnant with Cadens child, knowing that Caden needs to take a Queen of his own kind, she decides to keep the pregnancy a secret until his is Married. Caden on the other had has other ideas about who is Queen is going to be, now it’s just a case of making it happen.

Gosh this is a hard review to write because I don’t want to give away anything. I enjoyed it so much though, especially the Tink parts! This guy need’s his own book (Please Jen I’m being you to write this) I think he is my all time favorite side character – he is so funny and I love how he cut’s through all the bullshit and just tells it how it is.

Brighton and Caden smolder in this as usual, their chemisty is legit off the charts, I serisously don’t know how more people don’t realise what is going on with them because its so obviouse to me.

A fantastic finish to Brighton and Cadens story – my only complaint is that I need more Tink!! 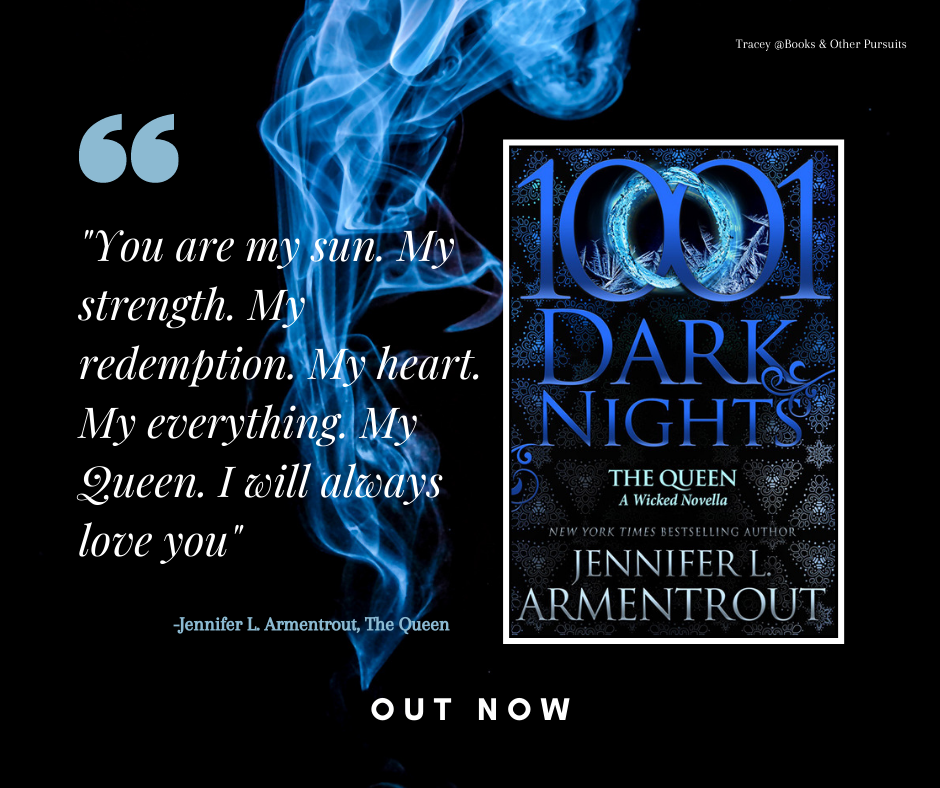 # 1 New York Times and # 1 International Bestselling author Jennifer lives in Charles Town, West Virginia. All the rumors you’ve heard about her state aren’t true. When she’s not hard at work writing. she spends her time reading, watching really bad zombie movies, pretending to write, hanging out with her husband and her Jack Russell Loki. In early 2015, Jennifer was diagnosed with retinitis pigmentosa, a group of rare genetic disorders that involve a breakdown and death of cells in the retina, eventually resulting in loss of vision, among other complications. Due to this diagnosis, educating people on the varying degrees of blindness has become of passion of hers, right alongside writing, which she plans to do as long as she can.

Her dreams of becoming an author started in algebra class, where she spent most of her time writing short stories….which explains her dismal grades in math. Jennifer writes young adult paranormal, science fiction, fantasy, and contemporary romance. She is published with Tor, HarperCollins Avon and William Morrow, Entangled Teen and Brazen, Disney/Hyperion and Harlequin Teen. Her Wicked Series has been optioned by PassionFlix. Jennifer has won numerous awards, including the 2013 Reviewers Choice Award for Wait for You, the 2015 Editor’s Pick for Fall With Me, and the 2014/2015 Moerser-Jugendbuch- Jury award for Obsidian. Her young adult romantic suspense novel DON’T LOOK BACK was a 2014 nominated Best in Young Adult Fiction by YALSA. Her adult romantic suspense novel TILL DEATH was a Amazon Editor’s Pick and iBook Book of the Month. Her young adult contemporary THE PROBLEM WITH FOREVER is a 2017 RITA Award Winner in Young Adult Fiction. She also writes Adult and New Adult contemporary and paranormal romance under the name J. Lynn. She is published by Entangled Brazen and HarperCollins.

She is the owner of ApollyCon and The Origin Event, the successful annual events that features over hundred bestselling authors in Young Adult, New Adult, and Adult Fiction, panels, parties, and more.